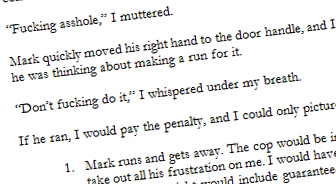 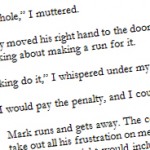 While editing the book, I noticed that one word was used a lot in the text. The word was fuck in one form or another. There is “fuck”, “fucker”, and “fucking”. It was as important to our vocabulary as “the” or “it” so it felt natural and not overused.

I did a search and one variation of “fuck” was used 367 times throughout the Teenage Degenerate. That doesn’t seem like a high number for a book with 68,000 words. That’s around .005% of the entire text, less than 1%.

I got curious and began to wonder if there were any books that used “fuck” as frequently as I did. I went to Google and did a search, but to my surprise there was not a list for books, only movies.

Martin Scorsese actually has three films on the top fifteen: The Wolf of Wall Street (569), Casino (422), and Goodfellas (300). That made me smile.

There is no real reason why I wrote this post, just thinking out loud. Well, here is a link to the Wikipedia article that contains the full list. Enjoy! And if you haven’t seen any of those three Scorsese movies, go do it now!

Here is a complete list of films that most frequently use the word “fuck”. 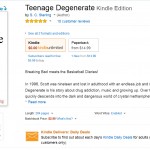 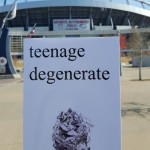