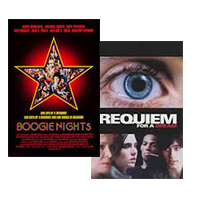 Hollywood has kept away from producing movies with the plot revolving around crystal meth addiction. The total list is under 30 and most of them are independent films or documentaries except for a few big budget films from main stream directors like Paul Thomas Anderson (Magnolia, There Will Be Blood) and Gus Van Sant (Good Will Hunting, Milk).

Requiem for a Dream

Summary
Imaginatively evoking the inner landscape of human beings longing to connect, to love and feel loved, the film is a parable of happiness gloriously found and tragically lost. “Requiem for a Dream” tells parallel stories that are linked by the relationship between the lonely, widowed Sara Goldfarb and her sweet but aimless son, Harry. The plump Sara, galvanized by the prospect of appearing on a TV game show, has started on a dangerous diet regimen to beautify herself for a national audience.

Summary
Faced with an unresponsive mother and a criminal father, Ozark teenager Ree Dolly (Jennifer Lawrence) does what she can to manage the household and take care of her two younger siblings. Informed by the sheriff (Garret Dillahunt) that their father put their home up for bond and then disappeared, Ree sets out on a dangerous quest to find him.

Her entire family’s fate now in her hands, Ree challenges her outlaw kin’s code of silence and risks her life to learn her father’s fate.

Summary
Bob Hughes (Matt Dillon) is the leader of a “family” of drug addicts consisting of his wife, Dianne (Kelly Lynch), and another couple who feed their habit by robbing drug stores as they travel across the country. After a tragedy befalls a member of his group, Bob decides he must leave his dysfunctional clan and go straight.

Parting ways with his junkie past proves more difficult than expected when Bob is stalked by an old acquaintance looking to score drugs at any price.

As John sinks lower and lower into Hollywood, Calif.’s criminal underworld, he meets a seedy drug lord (Eric Bogosian) and finds himself caught up in a tragic chain of events. 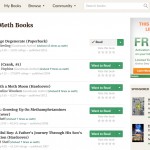 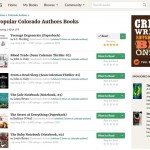