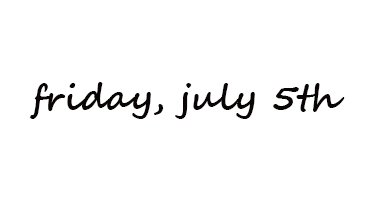 The first time I did crystal methamphetamine I was nineteen, sitting in the backseat of Jake’s silver 1988 Oldsmobile Cutlass Ciera with my girlfriend, Leah, beside me. The rest of the crew was filled out with Jake in the driver’s seat, Mark sitting shotgun, and Tony in the backseat with Leah and me.

We were parked in our favorite drinking and smoking location, which we had named Miller’s Crossing. I was the oldest of the group, and Leah was the youngest at seventeen. We all still lived with our parents, so finding a place to drink, do drugs, and partake in debauchery was always a challenge. Miller’s Crossing was the ideal destination.

On a map, the spot was off Oak Street and Montgomery Avenue in Littleton, Colorado, a suburb southwest of Denver. Oak dead-ended about a quarter mile to the north, and the only way to reach our parking spot was to turn off Montgomery from Miller, but that was over half a mile to the west. There was nothing but open fields to the south and east. At Oak’s dead end, there was a single house, but no other homes were within a mile of us. I could have yelled at the top of my lungs, and not a soul outside our car would have heard me.

If a vehicle did turn down Montgomery, it meant one of two possibilities: the people who lived in the house on Oak were coming home, or the police were randomly patrolling the area. In the latter case, we would have to either ditch all the alcohol and illegal substances or elect someone to take the contraband and sprint for safety into the field.

That was Miller’s best attribute: it allowed us half a mile to decide what to do. Luckily, in the two years we had been going there, we had never seen the headlights of an oncoming car.

Earlier in the evening, Mark had run into a guy that owed him eighty dollars for an acid deal they had done a few months previous. Mark fronted the guy twenty hits of LSD-25, and the guy promised he would pay Mark back a few days later. The guy had been avoiding Mark since that night, but the two finally ran into each other outside a gas station named Total. The guy did a pathetic job of explaining how he had been trying to get a hold of Mark.

“Dude, I paged you a bunch of times, but you never called me back, and I forgot your home number.” He went into a sob story and asked Mark if he would be interested in negotiating a trade for the money he was owed.
“What kind of trade?” Mark asked.

The guy offered up a quarter of crystal meth and a quarter of cocaine in exchange for the money. Mark began calculating the exchange rates of coke and crystal versus the finest acid currently available. After a few moments, he put his hand out.

“You got yourself a deal,” he said, as they shook hands.

Less than ten minutes after Mark walked out of the bathroom in Total with two baggies of white powder in his pocket, we were parked at Miller’s Crossing. Jake barely had the car parked before Mark and Tony had snorted their respective lines. Jake and Leah followed suit. It was now my turn.

In my right hand I held the CD case for Rage Against the Machine’s self-titled album. Grooves and scratch marks on its plastic surface told the stories of the numerous lines that had been cut out on it over time. My line was around four inches long and covered almost the entire length of the CD case. Underneath the cocaine, I could see the black and white album artwork of a Buddhist monk engulfed in flames.

In my left hand I held a tooter—the device used to snort meth, coke, heroin, or any other desired powder into your nose. Tooters can be anything from a rolled-up dollar bill to a hollowed-out pen or any other thinly shaped cylindrical item. In this case, it was a McDonald’s plastic straw that had been cut into thirds.

To say that I was nervous would be an understatement. The CD case was shaking violently, shifting the cocaine from its perfectly straight line. I wasn’t nervous about overdosing. (Don’t get me wrong—having a heart attack and dying the first time I snorted anything would have been a shame.) Acutely aware of my extremely addictive personality, I was actually worried about liking it too much.

I had smoked marijuana almost every day since my junior year of high school, and I had been drinking a few nights a week for almost as long. Personally, I would have preferred to drink more often, but finding a willing buyer of booze for underage kids was more of an obstacle than purchasing weed. Marijuana was always only one or two phone calls away.

I looked up from the CD case, and everybody in the car had their eyes on me. Jake and Mark started a chant.

It was a reference to the scene in Caddyshack where Carl, Bill Murray’s character, hands a joint to Ty, played by Chevy Chase. Ty takes a hit off the joint, then Carl hands him a bottle of cheap wine to chase the marijuana.
Our version contained a revision. Instead of weed and alcohol, our cannonball required me to inhale a hit of crystal meth then snort a line of cocaine. This was a little more difficult than what Ty did, and it required concentration and timing. Naturally, lungs want to exhale before they inhale again.

“Cannonball! Cannonball!” Tony had joined the chant. He started punching the back of the headrest on the passenger seat.

I looked over to Leah, who was my last chance to escape this situation. Her smile confirmed that there was no turning back. Not only was I doing cocaine for the first time, but I was taking my first hit of crystal meth as well.

“See you guys in the emergency room,” I said.

At that moment, I thought of Len Bias. Len was selected by the Boston Celtics as the second overall pick in the 1986 NBA Draft. Three days after he was drafted, he died of cardiac arrhythmia induced by a cocaine overdose. He was twenty-two. I remember watching the coverage of his death on the news with my mom and vowing never to do drugs.

Tony leaned toward me over Leah. He held a lighter and a newly prepared light bulb containing a few rocks of crystal meth. He was waiting for my signal.

I reluctantly nodded my head.

It took about ten seconds for the crystals to start vaporizing, and then the bulb slowly filled with a circular cloud of creamy white smoke. When it was about half-full, I knew it was the start of my countdown. Tony released the spark wheel on the lighter, and the flame disappeared.

I took a last glance at the others, hoping that someone would intervene. No such luck. I placed the tooter into the bulb, leaned forward, closed my eyes, and inhaled the smoke.

The chant resumed, but louder this time. “Cannonball! Cannonball!”

I did everything in my power not to cough out any smoke as I positioned the CD case under my nose, and only a few tiny clouds of smoke escaped my mouth. Inserting the tooter into my right nostril, I attempted to snort the massive line of cocaine, but I managed to finish only about half of it. My lungs felt like they were going to explode. I coughed out the remainder of the crystal smoke that my lungs had not absorbed.

Everyone erupted in a celebration that made the car shake from side to side. I handed the CD case to Leah and leaned back against the headrest. The speaker directly behind my head was playing the chorus of “Killing in the Name Of.”

I don’t want to sound cliché, but it was an amazing, euphoric feeling. I really can’t explain how it felt. I guess if you’ve done it, you already know, and if you haven’t, words really can’t describe it. I understood how someone could lose their job, their family and their life over drugs.

Fuck, I was almost dead within ten months from it. 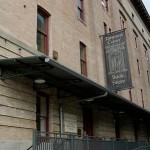 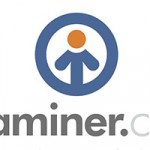